Georgia's irrepressible segregationist, who defied the 1964 Civil Rights Act by chasing three black students from his restaurant with a gun. Given twenty days to desegregate, Maddox chose instead to close and sell the place, for which they made him Governor. Later, after his political career waned, he attempted to update his image by launching a nightclub comedy act with a black ex-con he had pardoned while in office. They were billed as "The Governor and the Dishwasher." We're not making this up. 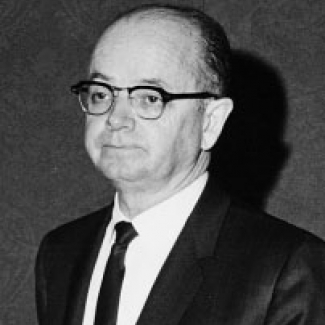